Uploaded with plasq's Skitch!
Posted by gileskirk at 12:31 PM No comments:

Foundations for Parish Life in Africa

Friedrich Ramseyer and his wife Victoria, departed to become missionaries at Kumassi on the West Coast of Africa on this day in 1869. Because their preaching was perceived to be a threat to the Narideggi chieftain, Prempeh, and his hoard of witchdoctors, the couple was kidnapped after only a few months and then held in captivity for four years. Finally rescued in 1874, the Ramseyers left Africa to recover in England.

For the next twenty-two years, the Ramseyers prayed that God would provide a way for them to return. Meanwhile the denizens of Kumassi groaned under the oppression of their bloodthirsty king. Prempeh made a practice of killing a slave each night following a lavish feast, solely for his own perverse entertainment. Once a year during a "festival of yams," he immolated six hundred of his subjects in a grisly celebration. He had even gone so far as to slaughter four hundred virgins in order to give the walls of his palace a rich red color by mixing their innocent blood with the mortar.

Yielding to the Ramseyers' incessant lobbying and cajoling, the British imperial forces returned to the region in 1895. They immediately deposed the tyrant-king. Soon after, the residents of Kumassi welcomed the missionaries back as long-departed friends, where they worked for another twelve years restructuring the Narideggi society, establishing a foundation for covenant community, and developing an indigenous law code that would, at long last, fully respect the sanctity of life.
Posted by gileskirk at 8:11 PM No comments:

Uploaded with plasq's Skitch!
Posted by gileskirk at 11:34 AM No comments:

On this day in 1560, Presbyterianism was formally recognized in Scotland.
Posted by gileskirk at 7:29 PM No comments:

A person travels the world over
In search of what he needs
And returns home to find it.
Posted by gileskirk at 8:41 AM No comments:

Uploaded with plasq's Skitch!
Posted by gileskirk at 12:01 PM No comments:

Franchising the church? According to a deeply troubling article in the current online issue of Slate, franchising remote video-feed sites is the latest and greatest idea to emerge from the mega-church movement. Oy veh!
Posted by gileskirk at 1:10 PM No comments:

"There is an amazing and humbling difference between the conviction we have of the beauty and excellence of Divine truths--and our actual experience of their power ruling in our hearts. We are poor inconsistent creatures, and find we can do nothing as we ought--but only as we are enabled by God's grace." John Newton
Posted by gileskirk at 7:14 AM No comments: 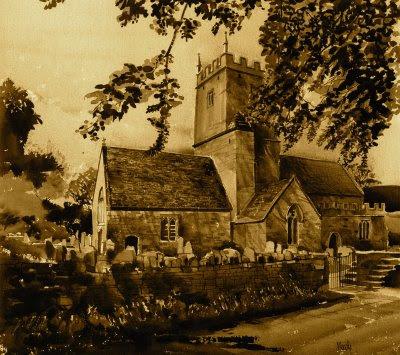 Posted by gileskirk at 10:54 PM No comments: 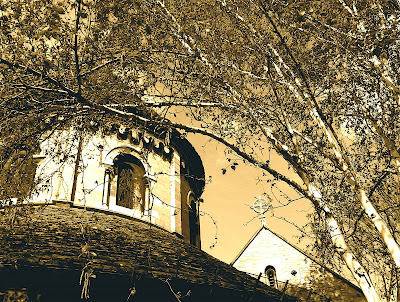 Posted by gileskirk at 10:52 PM No comments: 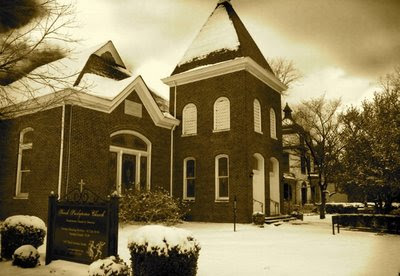 “Amusement must never become an end in life. It must always be a means, a help on the way--just  as sleep is, just as rest is. An hour's amusement,  should be to you, just what a night's sleeping is. It  should make you stronger, clearer-headed, braver,  calmer-souled, more hopeful, more earnest, more  enthusiastic--inspiring you for godly living. Anything which leaves a taint of impurity upon the  life, or starts a thought of impurity in the mind,  anything which degrades or debases the soul--is  an unfit and unworthy amusement for a Christian.  Christian amusements must be such, as do not  harm spiritual life; they must be means of grace.  ’Therefore, whether you eat or drink, or whatever  you do--do everything for God's glory!’” J.R. Miller
Posted by gileskirk at 6:40 AM No comments:

Why We're Losing the Julies of this World

Julie R. Neidlinger, editor of the Lone Prairie online magazine has nailed it. In her article, Why I Walked Out of Church she describes the disaffection so many young Americans have with the modern Evangelical church, "the coffee bars in the foyer, the casual attire, the buzz words, all the programs and activities imaginable, the big-screen video monitors, the contemporary music," all of it.

She confides that a recent World Magazine cover story about "NextGen Worship" actually "inspired a strong desire to smack the pastors depicted in the article and in the photos. The cover photo alone enraged me, with the pastor wearing baggy jeans and untucked button-up shirt with flip flops and an ear microphone. Later, the same guy is shown out front of a church holding a paper Starbucks-like cup of coffee. Could he try any harder to be lame? I'd have liked to have taken that cup of coffee and dumped it on his head. But it's nothing personal against that guy or his beliefs or sincerity. It's an anger at something else."

She goes on to say, "I'm not going to be one of those starched-collar Christians who, based on personal preference, say that this is a sign we're going to hell in a handbasket and that all things are wrong unless they are done as they were with the Puritans. What I'm saying is that I can't stand the phoniness, or trendiness, or sameness that the church seems to catch onto at the tail end, not even aware of how lame it is. The fact that this is not only actually successful in appealing to people, but attracts them, also disgusts me. It makes me want to throw up. It's buying into some kind of lie or substitution of cool culture as being relevant when it isn't."

Then she says, "If I see another cool Bible college student or pastoral studies major wearing the hemp choker necklace, flip-flops, open-at-the-collar shirt that's untucked, and baggy jeans, saying words like dude and sweet, I will kick their ass. It's like the Christian version of annoying hipsters, an overly-studied and homogenized with-it faux coolness."

What she longs for, she says, is her "home town church" filled with "ordinary, uncool people" who actually "know each other." In other words, as my friend Bing Davis has said, "what she is longing for is parish."

Neidlinger's article is a classic. But her longing is even more classic. May God bring that same realization to modern Evangelicals--before it is too late and all the "Julies" of this land "walk out of church" too.
Posted by gileskirk at 10:41 AM 4 comments:

“Direct my footsteps according to Your Word; let no sin rule over me." Psalm 119:133

According to J.R. Miller in his classic devotional work, In Green Pastures, this prayer from the Psalmist truly ought to always be on our lips.  Indeed, he said, “We should get our direction from God, not once in our life only, when we first give ourselves to Him; not at the opening of each day only, as we go forth  to the day's task; not merely at the beginning of each new piece of work or of each fresh task--but every moment, for each step. That is what walking with God means.   We may make this so real, that we shall look up  into God's face continually, asking: What next, dear Lord? What shall I do now? Which course  shall I take today? How shall I do this duty?   If we can but have God's guidance and help for  the little short steps--we need not fear for the  long miles--the great stretches of road. If each step is of His directing--the long miles will be  paths of His choosing.”

Therefore, let us all make this our regular, constant, insistent, unceasing supplication: "Direct my footsteps according to Your Word; let no sin rule over me."
Posted by gileskirk at 11:03 AM No comments: