What is Pulpit Freedom Sunday?

Posted by gileskirk at 9:47 PM No comments: 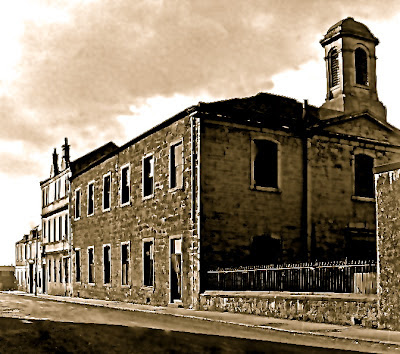 Having failed to gain permission from the Glasgow Presbytery to plant a much needed new parish church in the city, Thomas Chalmers and the session of St. John’s Parish Church were grudgingly allowed to create a “chapel of ease” or a “wayside chapel” within the boundaries of their current parish district in 1822.

The spare and utilitarian building was designed by the renowned architect John Baird and had a capacity of about 300 worshippers.  It also contained a number of classrooms within which several community classes were conducted and a small parish school convened.

It was popularly known as the Potters Kirk, because of the large number of the congregation employed in that trade--the Annfield pottery factory was just across the Gallowgate.  Indeed, the church provided a remarkable cultural and spiritual hub for the blighted jumble of the industrial neighborhood.

The small bell-tower originally carried a small spire, creating a much-needed landmark for the otherwise dreary community. But it was removed sometime just before the Disruption of 1843.

Following the Disruption, the remaining congregants applied for parish status and in 1846 it was renamed St. Thomas Parish Church.  But, the largest proportion of the members had followed their mentor, Chalmers, into the Free Kirk.  Eventually, the parish was recombined with St. John’s and the building became redundant.  The building was sold to the Wesleyan Methodists but the decline in the neighborhood brought even that enterprise to an end and the chapel closed its doors in 1973.  Derelict, the historic building was torn down in 1976 and replaced by a corner market and a fast food outlet.

Posted by gileskirk at 12:34 PM No comments: 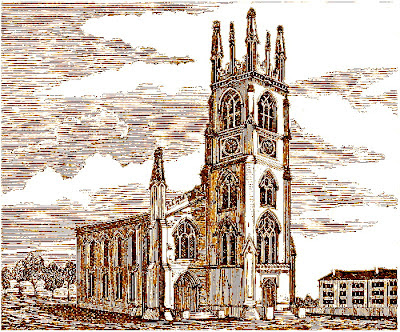 The parish experiment of Thomas Chalmers in Glasgow had as its cultural center of gravity a remarkable architectural icon (see image above).

The foundation stone of St. John's Parish Church was laid in 1817 by Henry Monteith, Lord Provost of the city, and Chalmers, then the pastor of the city's prominent Tron Church. The building, situated at the end of MacFarlane Street fronted the Gallowgate, and was erected at a cost £9,000. With a capacity of nearly 1600 worshippers, it was one of the largest church buildings in Scotland, located in one of nation's poorest urban neighborhoods.

During its construction the foundations collapsed sparking fears that the 138-foot high Neo-Gothic tower would not be able to support the weight of the full compliment of bells which had been specially designed for the church--only St. Andrew's in Edinburgh could boast a complete "Ringing of the Bells" at the time. The defective design was quickly corrected and construction was not long delayed.

The facility provided a sanctuary for the worship for the St. John's congregation, of course.  But, it also created a tangible presence in the community for the congregation's reforming work, a hub for its evangelistic, educational, cultural, and mercy ministries.

The new church plant was launched by Chalmers, who had ministered in the city since 1815 and had become the most prominent voice of Evangelical and Reformed Christianity in Britain. His vision for St. John's was to create a "parish model" of ministry, similar to what the little villages of Fifeshire enjoyed, but right in the heart of the poorest, most densely populated, most industrialized section of the city.

The new building was finally opened in 1819 and remained a vital part of Glasgow's Evangelical and Reformed renewal until the landmark was demolished in 1962 in a tragically ill-conceived "modernization" scheme (see image below). 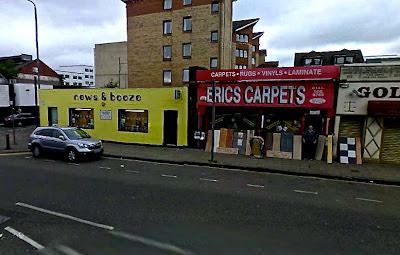 A Most Unmanly Surrender 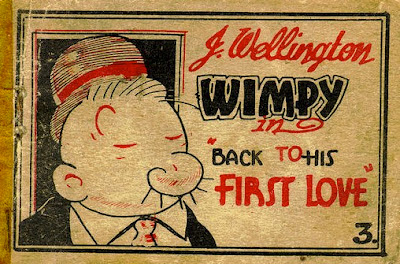 "I am afraid there has been a most unmanly surrender of Christianity and of all that strength and honor which belong to it, that so much authority has been given to the conceptions of a narrow and ignorant bigotry as to have laid open our religion to the scorn of philosophers, and to have brought down upon her the contempt and disgust of society; that in this way she has been associated with all that is mean and with all that is ignoble and has been looked upon as such a tame vulgar and unworthy thing, as to be totally unfit for a man of eloquence and of liberal illumination; ay, and when they cast their glance upon her, and see nothing in any of her features but the plain and the coarse and the ordinary, let us not wonder though it be a glance of hard and infidel disdain.  Are we, in truckling compliance with the humors of a baseless fanaticism, to strip away all learning and cultivation and eloquence as so many unseemly appendages?" Thomas Chalmers
Posted by gileskirk at 2:27 PM No comments: 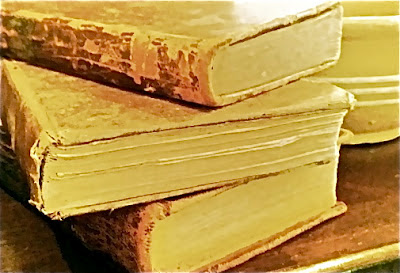 Lord, keep us steadfast in Thy Word;
Woo Thou all Doubters and murderous Turks
Would wrest the Kingdom from Thy Son
And set at naught all He hath done.

Lord Jesus Christ, Thy power make known,
For Thou art Lord of lords alone;
Defend Thy Christendom that we
May evermore sing praise to Thee.

O Comforter of priceless worth.
Send peace and unity on earth.
Support us in our final strife
And lead us out of death to life.