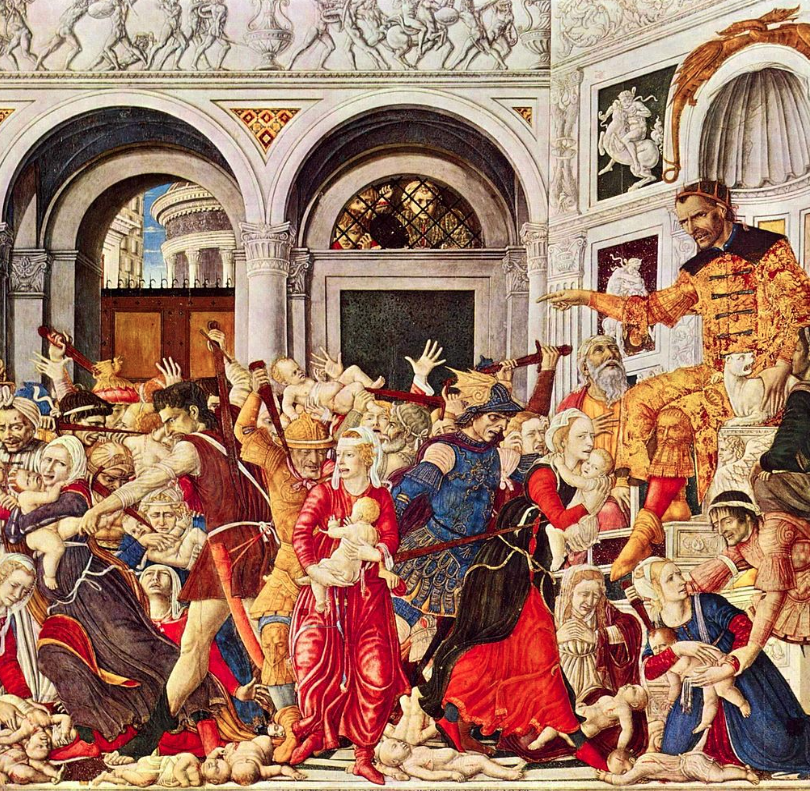 Often called Childermas, Kindermord, or the Feast of the Innocents, the 28th of December (or more often, the Sunday between Christmas and Epiphany), traditionally solemnizes the slaughter of the children of Judea by Herod. It provides focus for the Christian Community’s calling and commitment to protect and preserve the sanctity of all human life.

Immediately after the birth of Jesus, after the shepherds heard the “Gloria in Excelsis Deo,” after the Wise Men presented their gold, frankincense, and myrrh, horror descended on the Nativity Scene in Bethlehem.

On Childermas we remember—as the faithful Church has remembered in the years since—that we might humbly offer a prophetic warning against our culture’s callous disregard for the innocents, for the children, for the least and last, for the despised and rejected.
But, on Childermas we also resolve—as the faithful Church has always resolved—that we might graciously offer our lives, our fortunes, and our sacred honor to stand with, to speak for, to protect, and to rescue the perishing wherever they might be found.

If you faint in the day of adversity, your strength is small. Rescue those who are being taken away to death; hold back those who are stumbling to the slaughter. If you say, “Behold, we did not know this,” does not he who weighs the heart perceive it? Does not he who keeps watch over your soul know it, and will he not repay man according to his work? (Proverbs 24:10-12)
Posted by gileskirk at 10:40 AM 1 comment:

The Story of Pastor Tom Clark

My dear friend, Tom Clark, was not only the pastor of a small church in New Hampshire, he was the pastor of an entire town. To his dying day he was the embodiment of the Gospel and of the Incarnate Shepherd's heart. This film interview, taken just weeks before he went home to be with Christ, captures powerfully his life, his ministry, his message, and his legacy.
Posted by gileskirk at 9:28 AM No comments: