Why Not the Apocrypha? 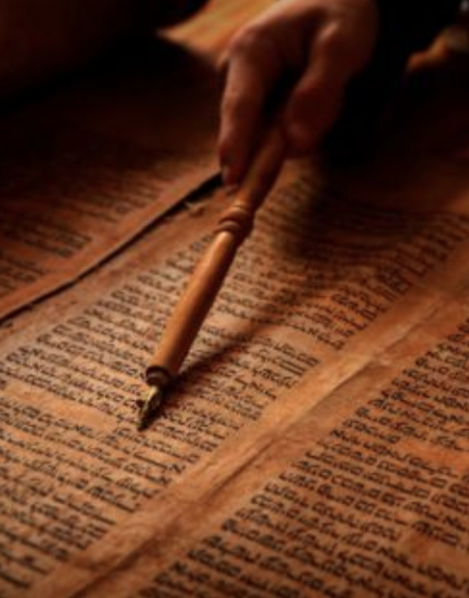 It is often asked (usually by Roman Catholic or Eastern Orthodox friends) why we Protestants do not accept the Apocrypha as Scripture.  The answer is fairly simple and straightforward:

Indeed, there are several reasons why Protestants, like Jews, do not accept the Apocrypha as inspired Scripture. 1st is simply a matter of historicity: the Apocrypha was not even officially accepted by the Roman Catholic Church until 1546 at the Council of Trent (after the Reformation)—and even then, only a small portion of the extant apocrypha literature was authorized: Tobit, Judith, 1 and 2 Maccabees, Wisdom of Solomon, Sirach (also known as Ecclesiasticus), and Baruch. The Trent commissioners undertook several measures to "counter" the Reformation (which is why Trent began what we now call the Counter-Reformation). The grafting in of apocryphal literature was just one among those several reactive decisions in the West.  The literature took a different path to canonical status in the Eastern and Byzantine churches.  But there too, acceptance came late and in reaction to several of the many fractious and schismatic movements that broke away from the Orthodox communions.


2nd, The apocryphal books are largely written in Greek--not Hebrew (except for portions of Ecclesiasticus, 1 Maccabees, Judith, and Tobit). So, they were never actually a part of the Old Testament. That is why the books are not accepted in any of the Jewish traditions.

3rd, the books are never quoted in the New Testament. There are over 260 quotations of the Old Testament in the New Testament and not one of them is from these books. Of course, a Roman Catholic might respond by saying that there are actually several other Old Testament books that are not quoted in the New Testament, such as Joshua, Judges, and Esther. But of course, all these books had already been accepted into the canon by the Jews--where the Apocrypha had not. The Jews recognized the Old Testament canon, and they did not include the Apocrypha in it. This is significant because of what Paul says: "Then what advantage has the Jew? Or what is the benefit of circumcision? Great in every respect. For, they were entrusted with the oracles of God" (Rom. 3:1-2). In addition, it can be argued that Jesus referenced the Jewish Old Testament canon from the beginning to the end and did not include the Apocrypha. "From the blood of Abel to the blood of Zechariah, who perished between the altar and the house of God; yes, I tell you, it shall be charged against this generation" (Luke 11:51).

4th, Roman Catholics often appeal to church history, but we don't find anywhere in the past anything like a consensus on the Apocrypha. The authoritative 5th century Bible translator, Jerome, (who gave us the Latin Vulgate which is used by the Roman church), completely rejected the Apocrypha. Also, the Jewish historian Josephus never mentions the Apocrypha as a part of the canon either. In addition, early church fathers like Origen, Cyril of Jerusalem, and Athanasius roundly condemned the use of the Apocrypha.

As a result of all of this, the question never really arose for the Reformers.  And so for us, like them, we can look at the apocryphal books as good supplemental material--historical, cultural, and perhaps even inspirational--but, we cannot, indeed must not, place them side-by-side with Scripture.
Posted by gileskirk at 1:55 PM

I have been wondering about this lately. I am giving a talk this summer on the Allegory of Christian Learning, a fresco in Florence that depicts Aquinas' view of the intellect. In his lap sits the book of Wisdom {open}, and a verse is inscribed on the pages. {Wisdom 7:7, 8} I suppose I get confused why these verses are on the pages, and in such a prominent place in the painting, when it was painted in either the 1300s or 1400s -- which means before Wisdom was canonized by the Catholic Church. I'm a Protestant, so I'm not trying to stir up trouble. :) Why would the book be quoted like that? Not that non-Scripture books can't be quoted in a painting, of course, but it just seemed strange to me. Was it being used by the church authoritatively before it was canonized?

Great question. The truth is, the faith and practice of the church through the Medieval Age was a bit of a hodgepodge. So usage of the apocryphal books, as with so much else in the spiritual life of the church, varied widely from place to place. So, in some places, the Apocrypha was thought to be authoritative. In others, it was not. The point is though, it was not officially added to the canon until the Council of Trent. Oh and one other note: just because an artist rendered Aquinas in that way does not mean that he would have approved or condoned that portrayal.

Thank you! That gives me much to think about. :)

Being a Protestant (Anglican), I like the approach of the XI Article of Religion -- I read those books for instruction in life and manners (and, for example, information about the intertestimental period) but not to establish doctrine.

While it is true that the canon of holy Scripture was not formally defined for Roman Catholics until the Council of Trent, a century before that, the ecumenical Council of Florence, in condemning the idea that one God inspired the New Testament and another God the Old Testament, listed the books that Roman Catholics consider inspired. It is the same list as that of the Council of Trent. And more than a millennium before the Council of Florence, local councils in Rome (382), Hippo(393) and Carthage(397 and 419) produced lists that were identical, or nearly identical, to the list from Trent. There is also a letter from Pope Innocent in the year 405 that includes the deuterocanonical books.

You're right, Michael. At least, in each of the cases you've mentioned, you're right. The problem is that there are dozes of other councils and decrees that called into question the apocryphal books. Indeed, that's the whole problem with tradition: when it comes to these books there isn't a single unified and uniform tradition; there are dozens of variant traditions.